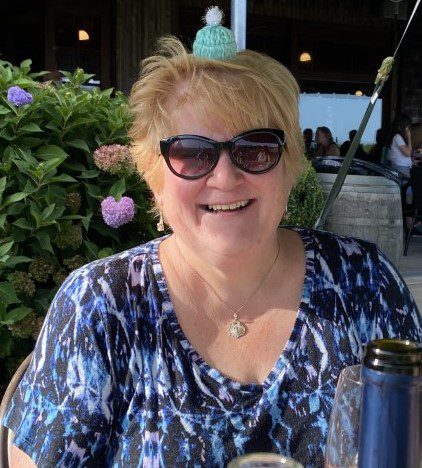 Dawn M. Flynn died on April 27, 2022, at the age of 55 after a courageous fight with MRSA that lasted four months. Dawn was the daughter of the late George P. and Florence A. Flynn. Dawn is survived by her brother Kevin, and his sons Daniel, Brian and Matthew. Dawn is also survived by her Casey and Flynn cousins, who she led through various parties and (mis)adventures. Dawn is also survived by her fiercely loyal Our Lady of Mercy girlfriends who were by her side throughout her fight. There is also Dawn’s North Manhattan Avenue family who truly treated Dawn and her mother Flo as if they were blood relatives.

Dawn had a long and storied career in the hospitality business which only expanded her loyal family. From Zorn’s, to the Stanhope, the Yale Club, the Westchester Country Club to the many stops at Starwood properties across the country, and finally at Kasa Living, who treated Dawn with respect upon learning of her illness despite her short tenure there.

Dawn was known by many names – daughter, sister, cousin, aunt, “Wilma” – but the one that she was the most fond of was “friend”. She will live in the hearts and minds of so many for years to come.

All are invited to the celebration of Dawn’s life on Saturday, April 30th, from 4 PM to 8 PM and Sunday, May 1st, from 2 PM to 4 PM and 7 PM to 9 PM at Massapequa Funeral Home – North Chapel which is located at 1050 Park Blvd., in Massapequa Park. The memorial mass will be at Maria Regina Church in Seaford, followed by her interment at St. Charles Cemetery in Farmingdale alongside her parents Flo and George.

In lieu of flowers, memorial donations may be made in Dawn’s name to St. Jude’s Children’s Hospital.