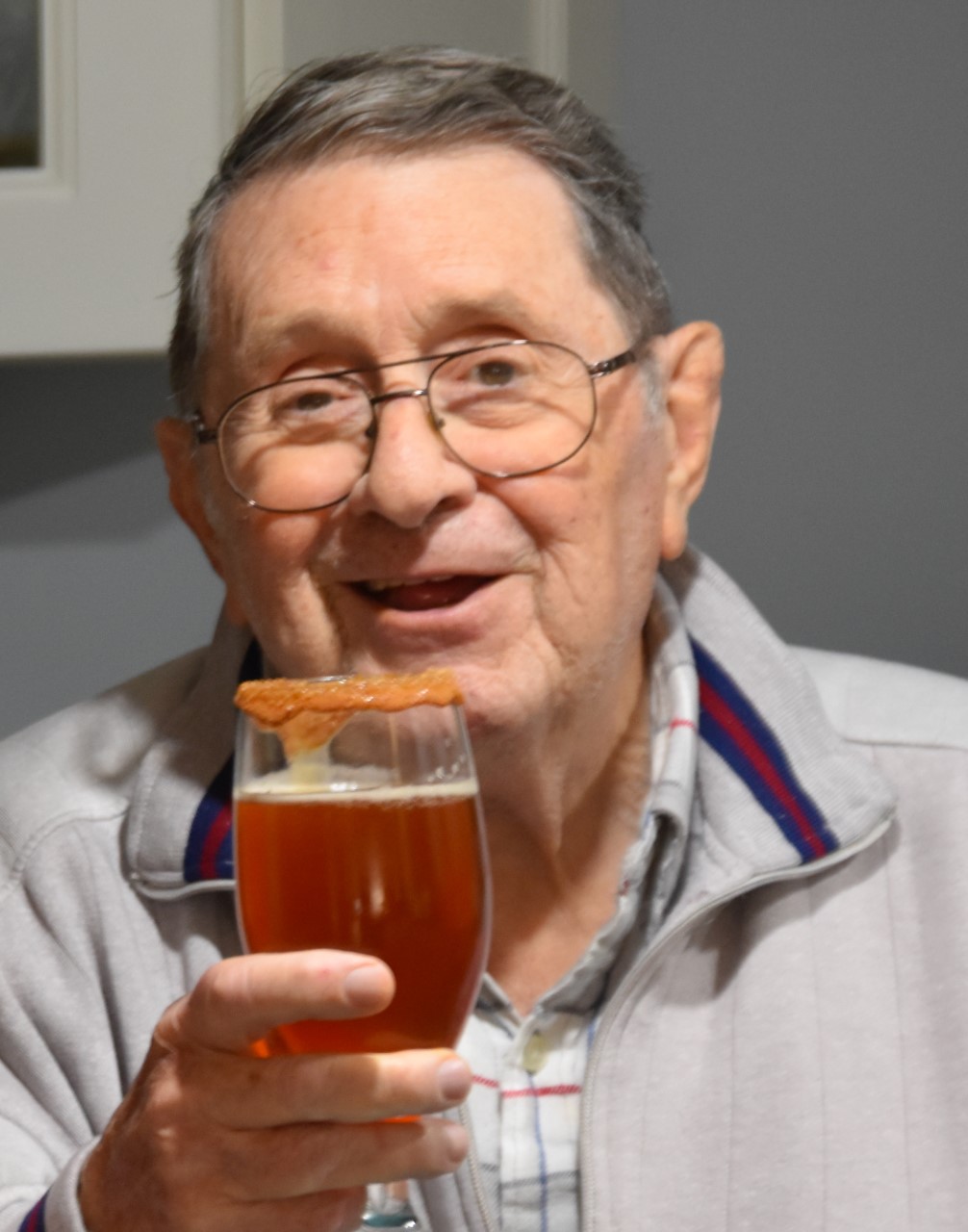 Edward Vincent Wimberger. Beloved husband of Jean Wimberger (nee Bonura), loving father of Eric, Kurt, and Lisa Wimberger. Cherished Grandfather to Antonia, Havana, Ananda, Zoe, and Maya. Edward (Ed) was well known for his calm demeanor, logical nature, and love for Jean’s cooking. In fact, he never met a forkful of her sauce that he could avoid dropping on a clean, white shirt.

Ed was a manufacturing engineer in the aerospace industry for over 40 years, and his passion for building and improving things never left him. He could always be found in his garage, tinkering on something mechanical, or around the house measuring, cutting, and building. He was no stranger to sawdust and sweat.

He was a mostly quiet man who loved a good laugh, usually from one of Jean’s jokes. This quiet nature hid a deep resolve, and once he started something he stuck it out, no matter how difficult it became. This was a defining trait that he would pass on to all his children and grandchildren. Ed lived for his family and worked tirelessly to give them the best life he could, and was blessed to see his kids prosper and in turn recognize him for his decades of love and devotion. He was, in the simplest terms, a good and decent man, and a solid role model for what it means to be a loving and dedicated spouse.

He was loved by many in the community in which he lived, and often delivered morning bagels. His greatest wish was to spend eternity with Jean, and he will be buried with her ashes in his arms, hugging her forever. And that’s exactly what he wanted.