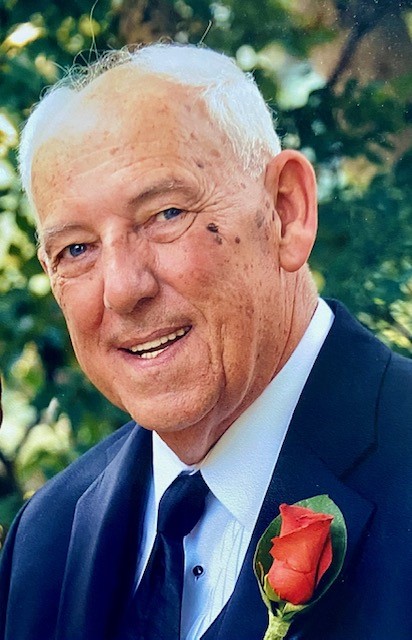 Francis Raymond Devine, age 81, of Massapequa, NY passed peacefully in his sleep surrounded by loved ones after a brief illness on July 18, 2021.

Francis was born in the Bronx, NY on November 14, 1939, the son of the late Francis X. and Jane (Watson) Devine. He grew up in Hicksville, NY and attended Chaminade High School and St. John’s University where he earned a BBA in Public Accounting. He then went on to Officers Candidate School in Yorktown, VA, and served on active duty as a Lieutenant in the United States Coast Guard from 1962 to 1966 in Juneau, Alaska.

Francis met his wife of 57 years, Eva (Spinetti) Devine, also of Hicksville, NY, on a blind date in 1961, and they were married on May 16, 1964. After driving cross country from Alaska when he ended his active military service, they settled in Massapequa, NY and raised their two daughters.

Francis was passionate about his many hobbies including fishing, gardening, reading, building ship models, collecting stamps and working on his model railroad. He had been a member of the Ancient Order of Hibernians and the Tara Pipes and Drums color guard for many years. Francis was a parishioner of Maria Regina Roman Catholic Church for over 50 years.

Above all, Francis enjoyed spending time with his beloved family and friends, including his wife, two daughters, two sons-in-law, and two grandchildren. He was the consummate gentleman and devoted family man, and he was always good for a scotch and a story.

In lieu of flowers, the family has requested a donation to be made to St. Jude Children’s Research Hospital or Disabled American Veterans.