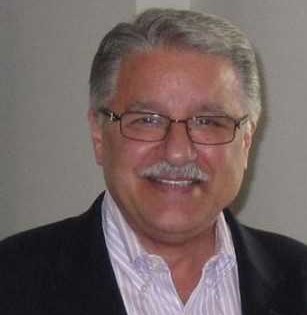 Robert S Pecci
July 13, 1950 - May 8, 2019
Print
Email
Visitation
Massapequa Funeral Home, South Chapel
4980 Merrick Road
Massapequa Park, NY 11762
516-882-8200 |
Service
St. Rose of Lima R.C. Church
2 Bayview Ave.
Massapequa, New York 11758
516-798-4992 |
Massapequa Funeral Home, North Chapel
1050 Park Boulevard
Massapequa Park, NY 11762
516-798-2500 |
Robert (Bob) Salvatore Pecci left this world peacefully on Wednesday May 8, 2019 after nearly a yearlong battle with ALS. Bob was born in Brooklyn, NY on July 13, 1950 to Renato and Giaconda Pecci, and grew up in Staten Island, NY alongside his younger brother, John. Bob studied history at Fordham University in NYC, graduating in 1972 as a member of the first graduating class of the Lincoln Center campus in Manhattan. He embarked on a career in the insurance industry, where he met his wife, Rosemarie, working for the Hartford. Bob and Ro were married in 1976 and built a beautiful and loving family together over the course of their 42 years of marriage. Bob was most proud of his two children, Kristen and Rob, and was overjoyed to see both find happiness with their loving spouses, Robyn and Christine. But by far the greatest joy in his life was his 3 year old granddaughter, Alexandra, who brought him nothing but laughter and love, especially over this last difficult year. Bob will be remembered by all who knew him as a man who took his greatest pleasure in the simple things in life, namely good food, a twisted sense of humor, good friends, and the love of his family. His memory will live on in his loving family, including his wife Rosemarie, daughter Kristen, her wife, Robyn, and their daughter Alex, son Rob and his wife, Christine, his brother John and his wife Sherree and daughter Danielle, and his sister-in-law Lucille, her husband Jeff, and his niece and nephew, Jennifer and Daniel, as well as a host of close friends.
In lieu of flowers, donations can be made in Bob's name to either the ALS Association of Greater New York or his beloved Fordham University (alma mater of Bob and both Kristen and Rob).
ALS Association – LINK: https://secure2.convio.net/alsa/site/Donation2;jsessionid=59F6FDF296ADE20294387D1D6111AA90.app296b?df_id=34360&34360.donation=form1
Fordham University – LINK: https://www.fordham.edu/info/20059/give